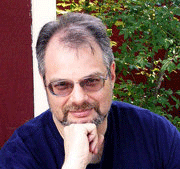 Any time a law or a court case is mentioned in the text of a paper, include an appropriate “in-text citation”  (usually in parentheses). For court cases, that includes the main party names as well as the year – e.g. (Griswold v. Connecticut, 1965). For laws (statutes), the preferred form includes the name of the law and the year – e.g. (Child Abuse Prevention and Treatment Act of 1974). The APA style manual indicates anything cited in the text should also have a complete listing in the References list.

For court cases, in the text include party name v. party name and the year.

It is not always possible to find the name of a law, especially if the citation is to the codified version (published in the U.S. Code or one of the California / state codes). To cite existing law without a name, often a section of the USC or a California code, some authors simply include the legal citation in the text, e.g. (18 U.S.C. § 2258), and omit the entry from the References list.

Federal and state supreme and appellate court decisions are usually gathered from the official court releases, and reprinted in commercial sources known as "reporters."  Each reporter will provide a "legal citation" to a case, which usually includes a volume or year, reporter abbreviation, and a page number.

Issuing Court:
Abbreviation for court that issued ruling (Skip this if you are unable to find the abbreviation, but be sure to include the year.)

Party names are displayed at top of court opinion in LexisNexis. (In Lexis, if the list of party names is overly long, in the upper left screen under “Show” choose “List” to display “short” party names.)
Legal Citation = volume # Reporter Abbreviation starting page #
Issuing Court: Abbreviation for court that issued ruling (Skip this if you are unable to find the abbreviation, but be sure to include the year.)

Abbreviations for Issuing Courts in California: